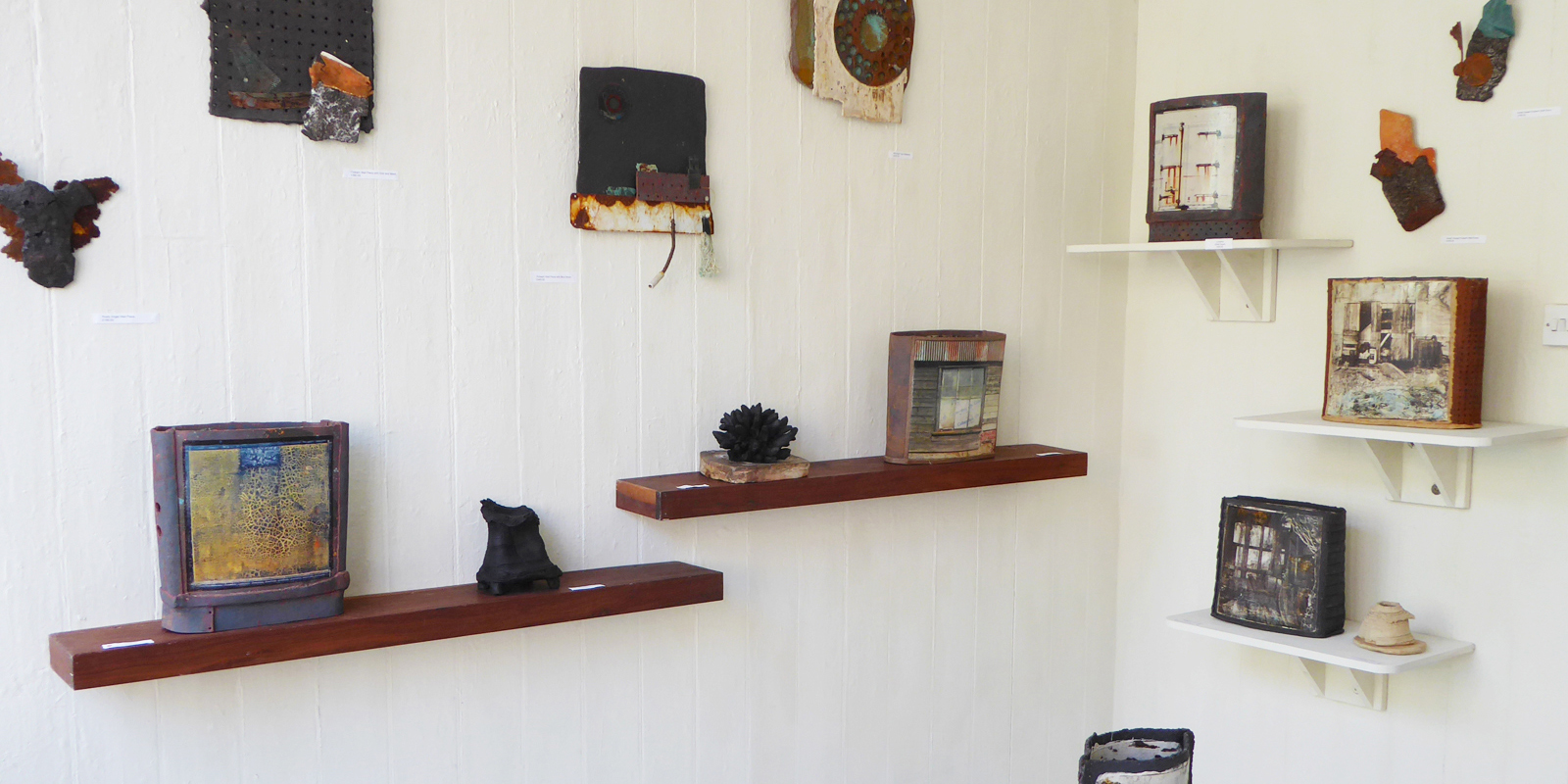 Annabel Faraday was born in Germany in 1949, spent several years of her childhood in Egypt before coming to England in 1956. She discovered the joy of clay at Farnham Art School on Saturday morning classes in the early 1960s. After leaving school in 1967, she attended Winchester Art School, where she was introduced to conceptual art and concrete poetry, and then Croydon College of Art. She later went on to gain a B.A (Hons) in Sociology and a Ph.D in Lesbian History at Essex University and introduced and taught Lesbian Studies at Birkbeck College for two years but in her early 40s returned to her first love of clay, as one of the initial students on the City Lit Ceramics Diploma course in 1989.

Her main body of work involves a process developed over many years, of printing onto both sides of raw clay slabs that have been coloured with stained slips. The vessels, illustrated with her own (sometimes digitally altered) photographs and often with maps indicating the source of the photos, are hand built from the printed slabs, lightly glazed, and fired in an electric kiln to 1240 C. More recently she has also used decals on the fired surface, allowing for finer detail of imagery.

Other work has involved both raku and wood firing. Her involvement in the printing technique has also led her to printmaking on paper using collagraphs, or printing from collage.

She is regularly commissioned by a large publishing company to make commemorative pieces for selected authors on the launch of new books. She is happy to discuss commissions, using specially sourced images or those from the customer’s own collection.

Annabel is a Professional Member of the Craft Potters Association and has exhibited widely in the UK and internationally. Her work is included in the collections of the Potteries Museum, Stoke-on-Trent and the Geffrye Museum, Hackney, London. She works from a studio in Fairlight, East Sussex.